Go to a different scene in the project. This will immediately change out all your objects and reset the background.

Great for making a game with lots of levels, an interactive storybook with lots of pages, or even an animation in different settings.

The project will change the scene depending on what is in the empty slot.

You can also put text and numbers into the Change Scene block.

You can also use the Change Scene block with variables or operators.

For example, you might have three garden scenes that you want to pick as a random option for the player. You can name them "garden1", "garden2" and "garden3".

In the Change Scene block, you can put "garden" + random(1-3). Then the value will be either "garden1", "garden2" or "garden3", and will change to one of those scenes. 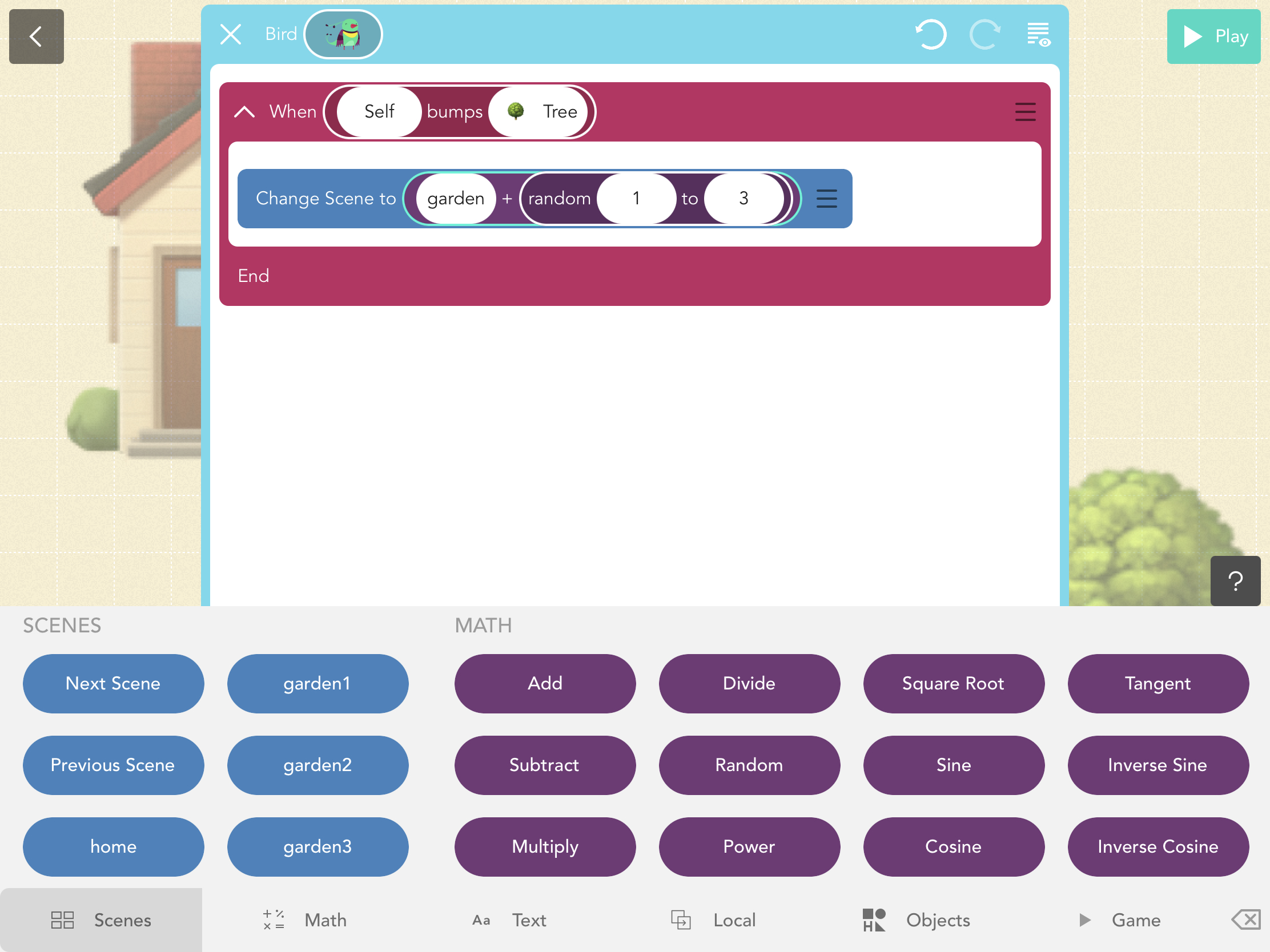 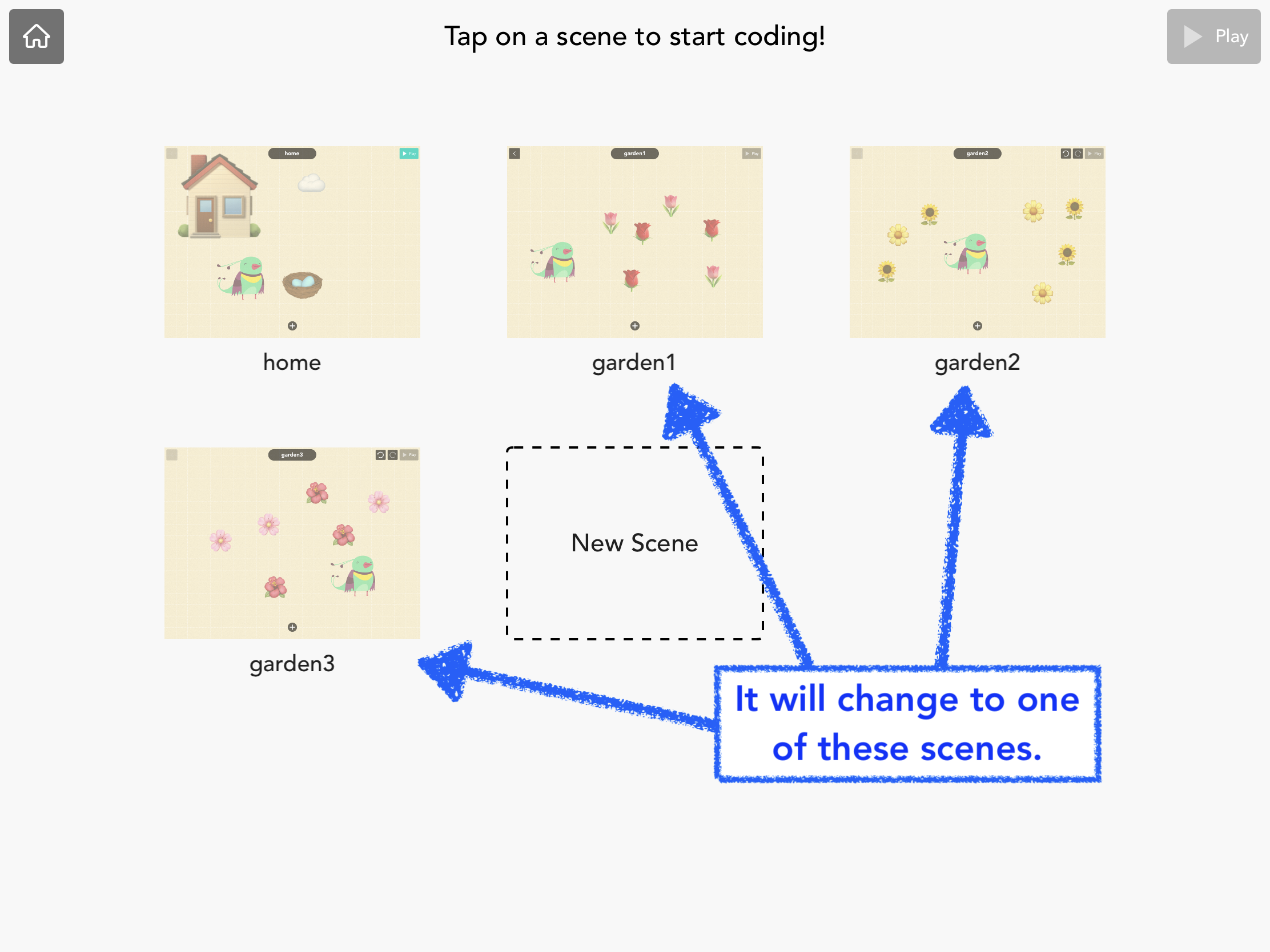